Works in progress (AKA knitting bag of doom)

Let's start with the most shameful. 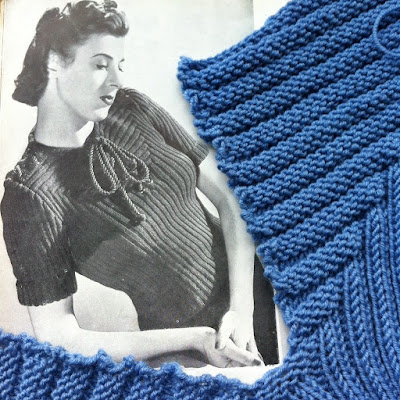 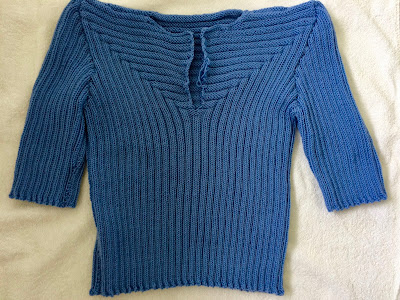 It looks finished doesn't it? Like I should have been wearing it for ages on regular rotation in my wardrobe? Well yes and yet, no. It is so nearly finished that it is just ridiculous. It just needs a couple of rows of crochet to finish off the neckline. Tiny crochet true enough but just crochet. I can crochet. I can crochet that neckline. Why have I not? Why is my lovely 1940's jumper carefully folded in a bag? Will I hurry up and do it? Lets hope so.

It got put aside to begin with as I needed a think about whether I wanted the original neck fastening that you can see in the pattern photo. I don't normally like to deviate from the original pattern as I like my vintage knits to be as authentic as possible. In the end I decided that whilst I liked that fastening I wouldn't like it on me and so to get maximum wear out of the jumper I would just finish the neckline off in crochet. And that was TWO years ago! 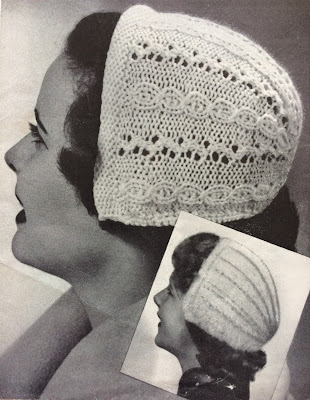 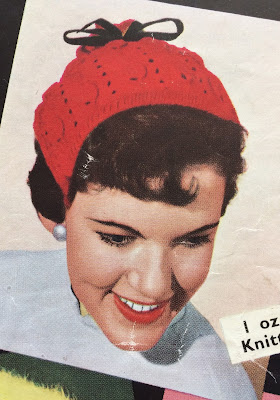 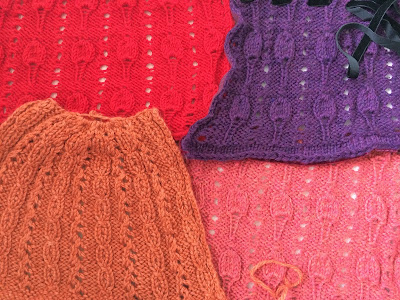 I have been intrigued by these 1950's Alice band hats for a while. I like the look very much but wondered how comfy and easy to wear they would be. I had a couple of different patterns so I thought that I would experiment with both and see what I thought. They were very enjoyable to knit, interesting stitch patterns and construction. They have even been washed and blocked. I even have the hairbands, elastic and ribbon. But do they look like hats? Indeed they do not. Why is that? I think a year after they have been knitted it must be time for their completion. 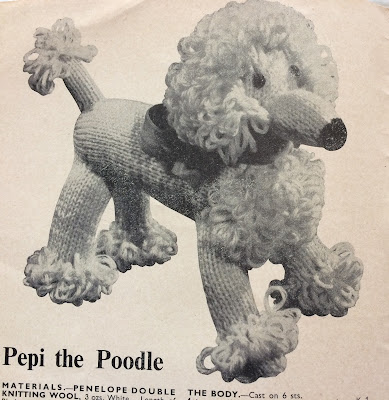 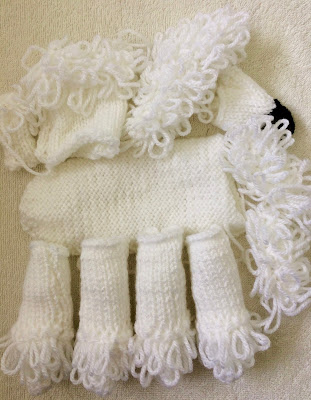 It is a sad state of affairs for Pepi at the moment. So near and yet so very far. All his pieces are knitted and some are even stuffed and yet he is still not a poodle. I do know why this is at least. I knitted him for a craft competition earlier this year and then realised that with the best will in the world I would not get him finished in time as I had left it all too late. So then the impetus to finish him had gone, plus I was cross with myself for not getting my timing right so I blamed poor Pepi, obviously, plus, toys are a right fiddle to stuff and sew up and why do that when you could be knitting? But, he is cute and it isn't really his fault so I will finish him. 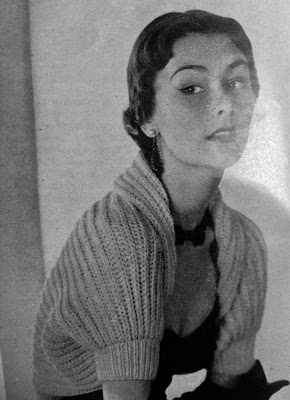 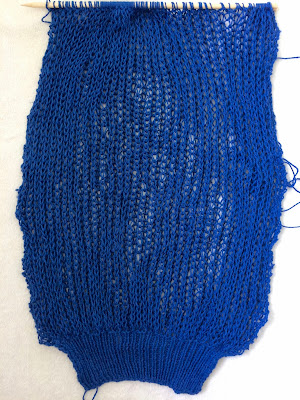 This 1950's bolero from a Vogue Knitting magazine always was an in between things project so I feel slightly less guilty about this than some of the others. I started it in August last year and then it got put away when the seasons changed and I hoped to finish it for this summer but now it is September and here we are. It doesn't look like much there but when I have draped it on me like the model it is going to look right when it is finished. Realistically though it is going back to the back of the queue as I won't need it for another whole year. Let's hope I am wearing it in August 2018! 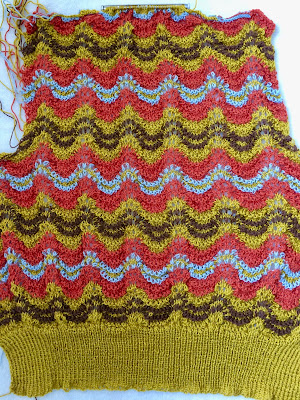 I started this jumper last year and posted about it here. I know that this one got put aside commission knitting which I am completely fine with, that is just how it is. This is the completed back that you can see and I am probably about one colour repeat into the front so progress is being made. I would like to get this one ready to wear during autumn or winter so I think it will be what I start on with soon. 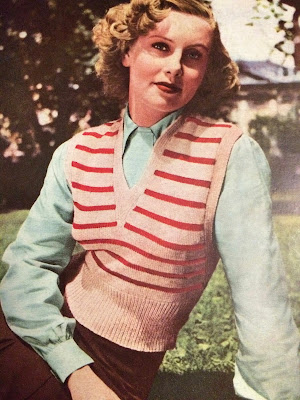 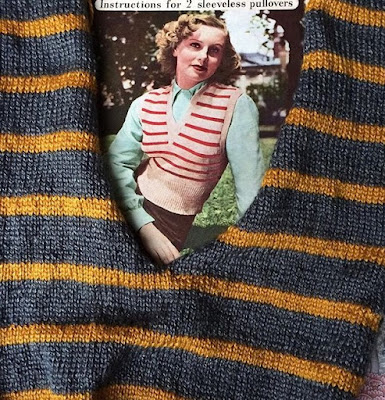 The colours aren't so good here as they are a really vibrant yellow gold and grey in real life. This is a 1940's tank top that I started in March this year. I know that as it was my train knitting and holiday project on the way to Edinburgh Yarn Festival. I have finished the front and back and have sewn them up but now have stalled slightly on the neck and armbands. They are just not that interesting to knit. That is the reason they haven't been knitted. Other knitting is more exciting! But I want to wear this lots so dull fiddly knitting will recommence soon.

I'm hoping that now all this is in the forefront of my mind rather than out of sight in a knitting bag and now that I have publicly shamed myself, the knitting bag of doom will soon yield up some completed items! Please tell me I'm not the only one!
at 14:19 14 comments: