I wanted to write this a while ago but I haven't had the words until now. 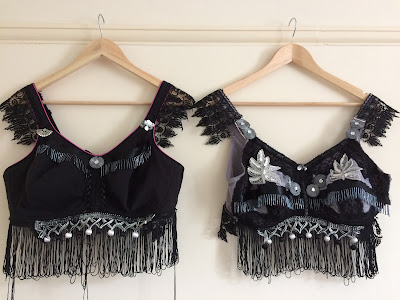 These bras are a big part of the story but I had better start at the start!

I turn 40 in a couple of weeks time and my super great friend Caroline turned 40 a few months ago (though she might not like me announcing that here. Sorry!). We had been talking of various things to do to mark the occasions and we fell to discussing The Moonwalk. This is a challenge organised by the Walk the Walk charity which raises money for various breast cancer charities.

The Moonwalk - a 26.2 mile walk at night, had been on our to do lists for a while and we decided that this year it was time to go for it. We both have family and friends who have been/are affected by this disease so it is a charity close to our hearts and we knew that we wanted to help raise some money for them.

We both walk regularly but not at the speed or the distance that this challenge requires so we got our training plan sorted out and got going!

We don't live in the same area so it was fabulous to meet at a weekend for training walks and having each other as motivation. I should also mention my lovely husband and dog who came on our longer distance walks as company/pace makers/ encouragement.

We did break the dog though.

We used the Monsal Trail in Derbyshire for a couple of our longer walks. This runs from Bakewell along the route of a disused railway line through beautiful countryside. You also walk through the tunnels that were built at the time which were lovely and cool on a hot day. 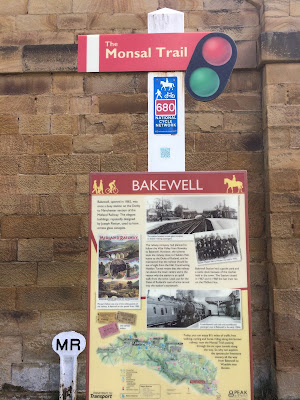 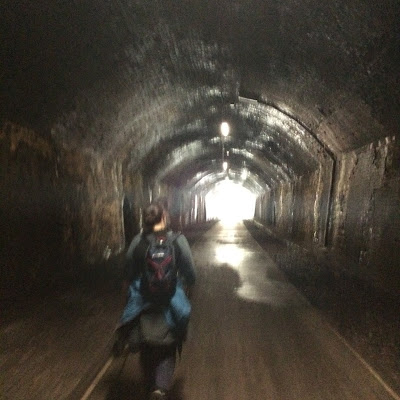 Back to the bras. 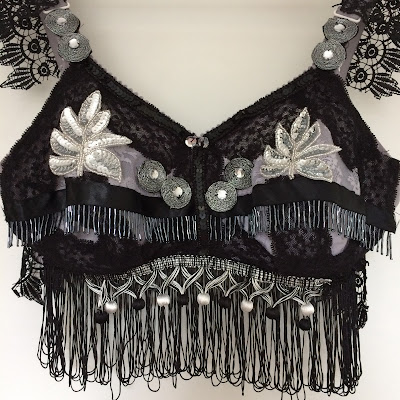 Did I mention that as well as walking 26.2 miles, at night, around central London, we would be doing it in bras? Highly decorated bras. The theme this year was the roaring twenties as it was the 20th London Moonwalk. This one is mine. It was once a Triumph Doreen. 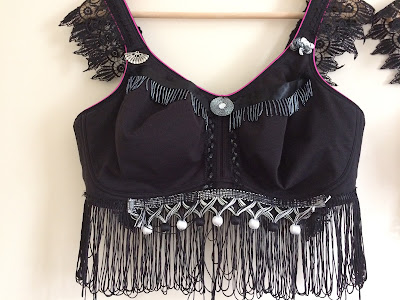 This one is Carolines. It was once a sports bra. We had a very fun evening before the event surrounded by piles of sparkly tasselled haberdashery deciding on how to decorate our bras. We decided fringing was key and had metres and metres of it. Those bras were pretty weighty by the end of it! 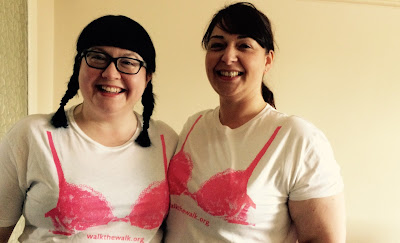 On Saturday 13th May we caught the train to London, watching many other pink bra t shirted women (and some men) join the train at every station. We changed into our bras in Kings Cross station toilets, along with many others, and made our way to Clapham Common which was the start point of the event.

We packed our bum bags with carefully chosen snacks (including fabulous power flapjacks made for us by Caroline's brother), water, a foil blanket and a rain cape and made our way into Moonwalk city. 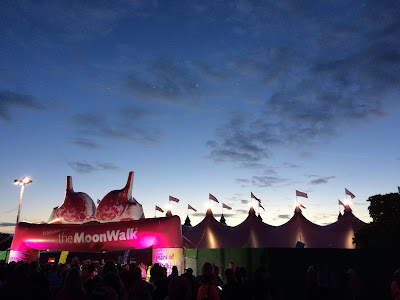 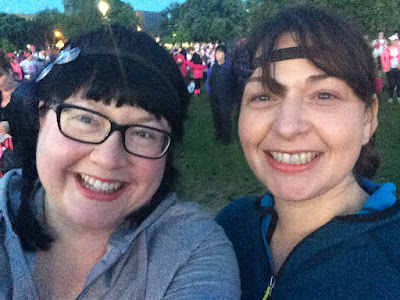 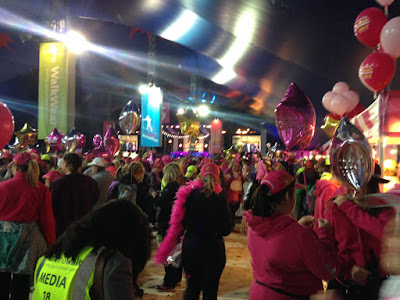 What a sight! It was very powerful sight, all these people, in carefully decorated bras, some with balloons, some with headdresses, with temporary tattoos, with messages to/about loved ones written on them. Jumping ahead a second, at about 23 miles I was struggling when a woman walked past me and on her back, between her bra straps, in pen, was written "I miss you Aunt Sally".  That made me well up, it still does, and ignore the pain in my legs and made me determined to finish and raise all the money I could to help fight this horrid disease. 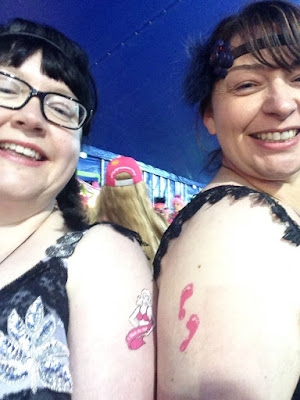 We joined in with all the aerobics warm ups (led by a man in a gold bra on a stage) that occurred just before each start set off. Previous Zumba experience definitely helps here! Obviously there needs to be staggered starts when over 15,000 people are walking. We were in start four and we crossed the start line at 11.30pm and were off.

It was immensely exciting, there was a super atmosphere, everyone was keen to get going and there were various bands and entertainers to amuse us as we got underway. People were cheering us on out of the windows of their flats, from their front door steps and we got encouraging toots from, cars, taxis, buses and ambulances. 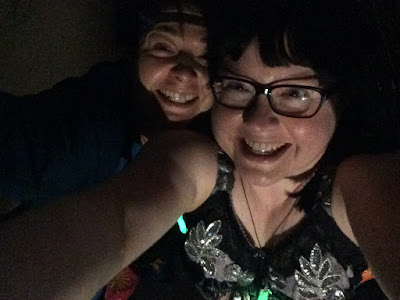 The route took us past many of the sights of London: the Peace Pagoda, Big Ben, Tate Modern, Tate Britain, St Pauls, The Globe, Westminster Abbey, Marble Arch, Buckingham Palace and the London Eye to name a few. London is my home city, I was born and bought up there and it still counts as home in my head even though I haven't lived there for 18 years. It was an important link to me to be taking part in this challenge in this city in a significant birthday year. 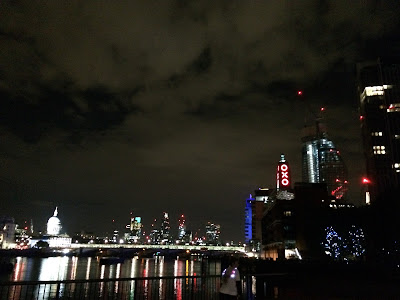 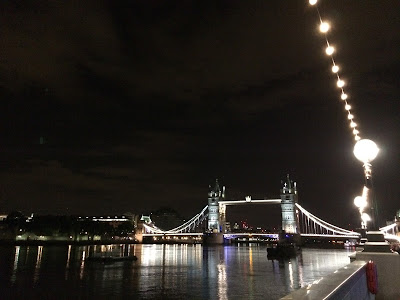 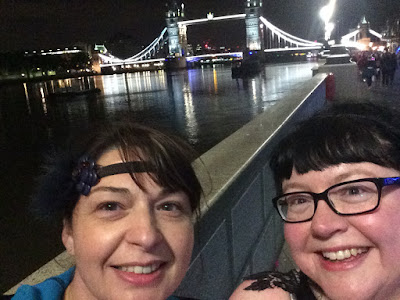 I'm not going to lie. Parts of this walk were extremely tough going. Up To 18 miles was great and fun, up to 21 was hard and the rest was the most difficult physical thing I have ever done. I have to thank Caroline for being a huge support to me and a fantastic motivator. She noticed at Hyde Park that I was starting to have an asthma attack, before I had realised myself, and was still at the wondering why I am coughing a lot stage. She sorted me out there with my inhaler and when I'd got cold and really needed to put my hoodie on, even though I was determined to do it all in my bra, she made me see sense. She gave me her space blanket when I was too tired to fish mine out of my bum bag, she got me to gatecrash a posh hotel to use the toilets when I wouldn't have dared to even though I really needed a wee, she shared her jelly babies, she didn't laugh when I nearly cried when the McDonald's toilets were up a steep flight of stairs and she knew what to do when she saw the glint in my eye at mile 24 when I found a bus stop and seriously contemplated using it. She knew when to talk, when to persuade, when to go quiet, when to link arms and when to ask random questions to take my mind off the pain in my hips. She also didn't laugh her head off when I shared the fact that I had had to Vaseline places I had never even thought of to prevent chaffing. She is totally the best friend ever and I couldn't have done it without her. Thank you. 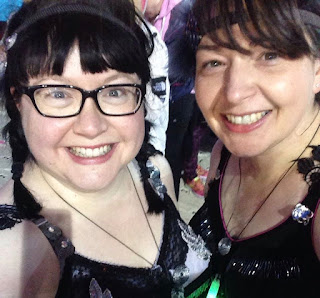 In return, I taught her some new combinations of swear words. Turns out I'm really classy like that. 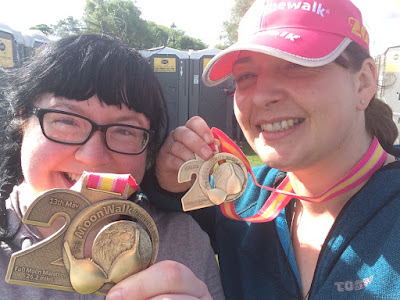 We did it! This is us at 9.30 the next morning with 26.2 miles under our belts. We are very proud of ourselves! We have raised over £700 thanks to the kindness of those who sponsored us. Should you wish to contribute this is the link. If you have ever contemplated doing such a challenge but think that you can't, so did we. And we did it. So you can too.